On the 29th of October, the “Opera del Duomo” Museum, part of Florence Duomo Complex, will finally re-open its doors – after an important restoration to reveal to the public its magnificent art treasures ..
The restored museum will welcome its visitors in a fascinating exposition area of 5500 sqm (the double than before!) where to admire the biggest collection of Florentine and Renaissance sculptures existing and the most important collection of sacred art in the world, after the Vatican Museums.
The “Opera del Duomo” Museum (Museum of the Works of the Cathedral), is home to an immense collection of 750 sublime works of art created over the centuries to decorate both the inside and outside of the Cathedral, Baptistery and Bell Tower, all housed at the  “Opera del Duomo” Museum and set in an enormous, brand new, breathtaking setting. A thrilling experience awaits as you gaze upon the works of Michelangelo, Donatello, Lorenzo Ghiberti, Luca della Robbia, Andrea  Pisano, Antonio Pollaiuolo, Andrea Verrocchio, Arnolfo di Cambio, Ghirlandaio and many others 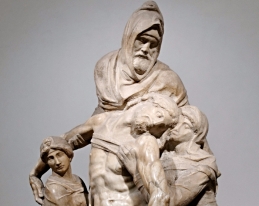 We offer to our clients a visit with a Small Group English speaking only . The tour begins in the great exhibition halls of the former theatre, home to the Sala dell’Antica Facciata. The installation here is a reproduction of Piazza del Duomo as it was in the 1300s, with the ancient life-sized façade of Santa Maria del Fiore on one side and, on the other, the three original gates of the Baptistery dominated by groups of sculptures, with the legendary glittering golden door by Lorenzo Ghiberti, which Michelangelo called the “Gates of Paradise“, in the middle.  On the monumental Gothic façade are 40 magnificent sculptures, including the one of St. John the Evangelist by Donatello, St. Luke the Evangelist by Nanni di Banco and the Madonna of the Glass Eyes by Arnolfo di Cambio, all set at their original medieval height: a fascinating space that recalls ancient places imbued with powerful spirituality.  We will then go to proceed to some halls that are home to host two of the Museum’s most important masterpieces: the sublime and deeply moving Pietà del Duomo by Michelangelo – in which the face of Nicodemo who holds Christ is thought to be a self-portrait of the artist – and the heart-rendering Penitent Magdalene by Donatello. The tour continues on the first floor along a lovely illuminated gallery where a surprising series of high-reliefs and 16 statues from the Giotto Bell Tower are located, including the famous prophets Jeremy and Abacuc by Donatello.   The amazing Sala della Cupola, is home to wooden models of the Dome dating to the 1400s and the Lanterna by Filippo Brunelleschi, and then the Galleria delle Cantorie, amazing sculptures by Donatello and Luca della Robbia.  The last stop of the visit is the Gallery of the Silver Altar, home to the Altar of St. John and the Cross, which contains a fragment of the Christ Cross. They are masterpieces of medieval and renaissance crafted in silver that belonged to the treasury of the Baptistery and such greats as Antonio del Pollaiolo and Andrea Verrocchio, among others, worked on them. Those who desire to do so may go up to the panoramic terrace to look get a close-up look at the magnificent Brunelleschi’s Dome. 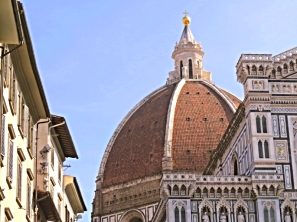 After the tour has ended, feel free to remain in the museum and maybe take a break in the pleasant Caffetteria. The ticket also gives access to the other monuments of the Great Museum of the Duomo Complex, which includes the Cathedral, the Crypt and the Baptistery and lets climb up to the famous Brunelleschi’s Dome and the Giotto’s Bell Tower, to enjoy amazing views of the city. To be used within 24 hours of being issued. 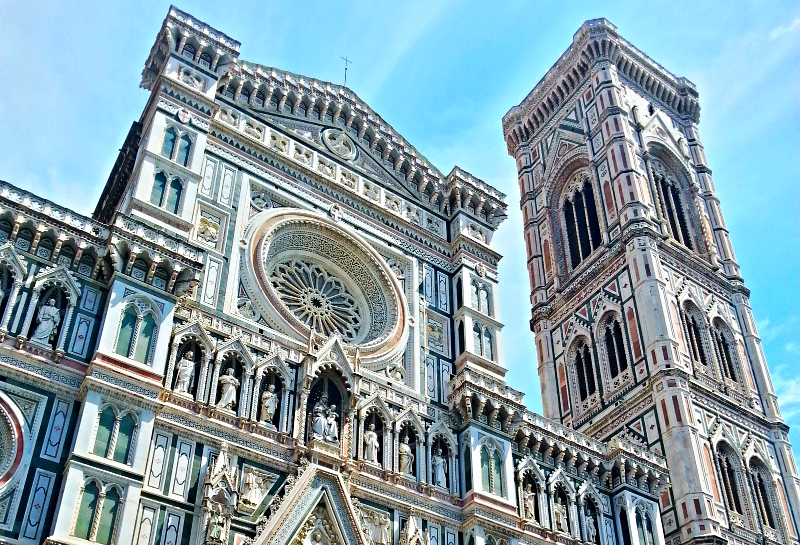